In which I talk in a vague sort of way about making my next book look pretty.

One of the early decisions I made was to try to give the book a fairly distinct color palette. Specifically, a sort of grungy high-saturation-low-contrast green and purple. Like the tint to old photos. It's a palette that I always associated with marijuana (from the purplish lights shining on green leaves when its grown), which seems appropriate, and it pops up in the colouration for a decent amount of stoner metal albu covers. The coloration is fairly distinct, I think. Most RPGs go for black & white (if they're going for a gothic look, or a strong inked style), or a sort of faded sepia parchment tone (to look like old books), or blues and greys (all modern and scifi). Its a bit psychadelic and odd.

Here's an example of the palette that I'm using for chapter headings. Similar images are used for the section markers going down the side of the page, for the page numbers and so on, all using the same textures.

This also gives a good example of the sort of grungy texture I want: the edges look ripped and ragged rather than being smooth straight lines.

The art I'm using is all photographs (all creative commons, because I'm poor). For a modern setting with the conceit that it's the real world with hidden magic, I think this works. The images give things a more immediate feel, which then feels a little more surreal due to the purple-green filter applied over the top.  It should help make things feel like the real world gone strange, rather than a fantasy world. Here's some photos. 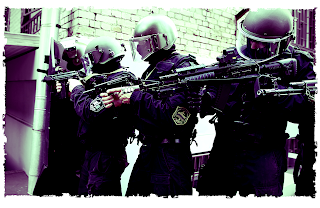 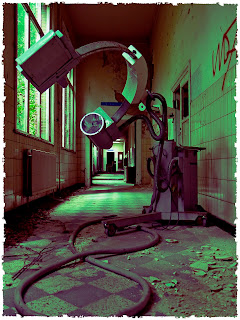 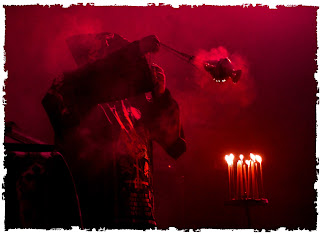 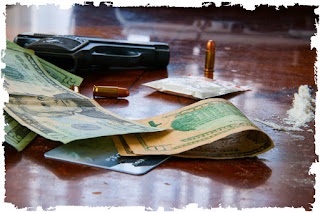 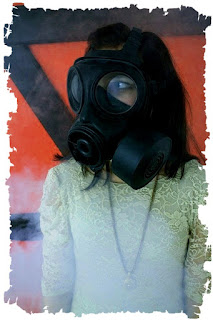 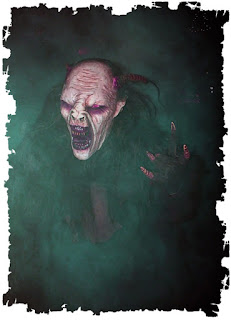 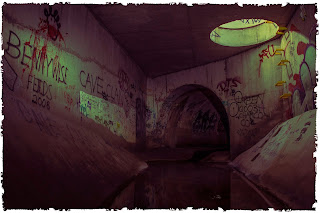 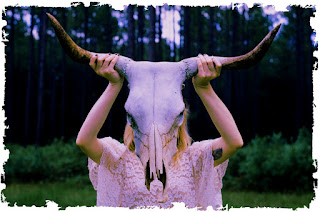 Other than that, I'm going for a fairly simple look. Black text, white backgrounds. Two-columns, no page border. Tables are white text on black backgrounds, mirroring the white text on dark backgrounds in the tittle bars. Fairly minimal.
I'm putting a bar on the side of the page that gives you which section you're in, so when you flick through the pages it's easy to find where you are. Trying to be careful to keep most sections of information on a single two-page spread where possible, to avoid page-turns in the middle of reading.
It ends up looking like this: 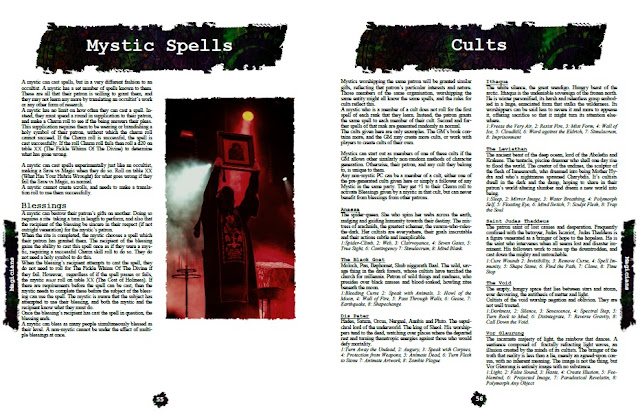 Which I'm OK with. It's not particularly flashy or exciting like some of the work out there. But then, I'm working with free software and public-domain photos, so it will do. I figure that so long as I don't look totally zero budget I'm good (I mean, I am going with £0.00 budget here, but there's no need to advertise that).


Some other thoughts, in no particular order: