“-and whenever they catch you, they will kill you.
But first they must catch you-”

So here's a thing I've been thinking about lately. It's another of my sideways advancement thingies. Like this one but from a different source and with different effects. A way to advance your character without needing to gain XP.

Not gonna lie, while the end result feels like grimdark fantasy, the initial thoughts for this came from something of a personal place. A common response to marginalisation - and one I exhibit - is to retreat into yourself, cut any losses, and concentrate on survival.
Family disown you? Fuck 'em, cut all contact, move on, don't look back, you don't really need them. Big drunk man mouthing off at you? Keep your head down, hands in your pockets, don't make eye contact, scurry away. Evicted? Scrabble what you can together and find somewhere - anywhere - to live, doesn't matter how shitty it is, just keep yourself off the street. Cops hassling you? Say whatever you need to say, pick your stuff up, find somewhere else to sleep. Don't speak out, don't invite trouble, don't get a target painted on you. Life's hard enough just trying to get by.
You start to think that people like you don't get to have nice things. You accept being on the bottom rung of society, scrabbling just to keep your head above the water. One by one, you cut away bits of yourself that hold you back. Empathy, pride, ambition. Fuck that. Concentrate on the here and now. Live to see another day.
Anyway. For most of my adult life, up until very recently, that was me. It still creeps into my thinking sometimes. That's what this homebrew's about.

Yes, it gives you superpowers, but it's probably not something you really want.
It's also probably not very balanced, but fuck it. 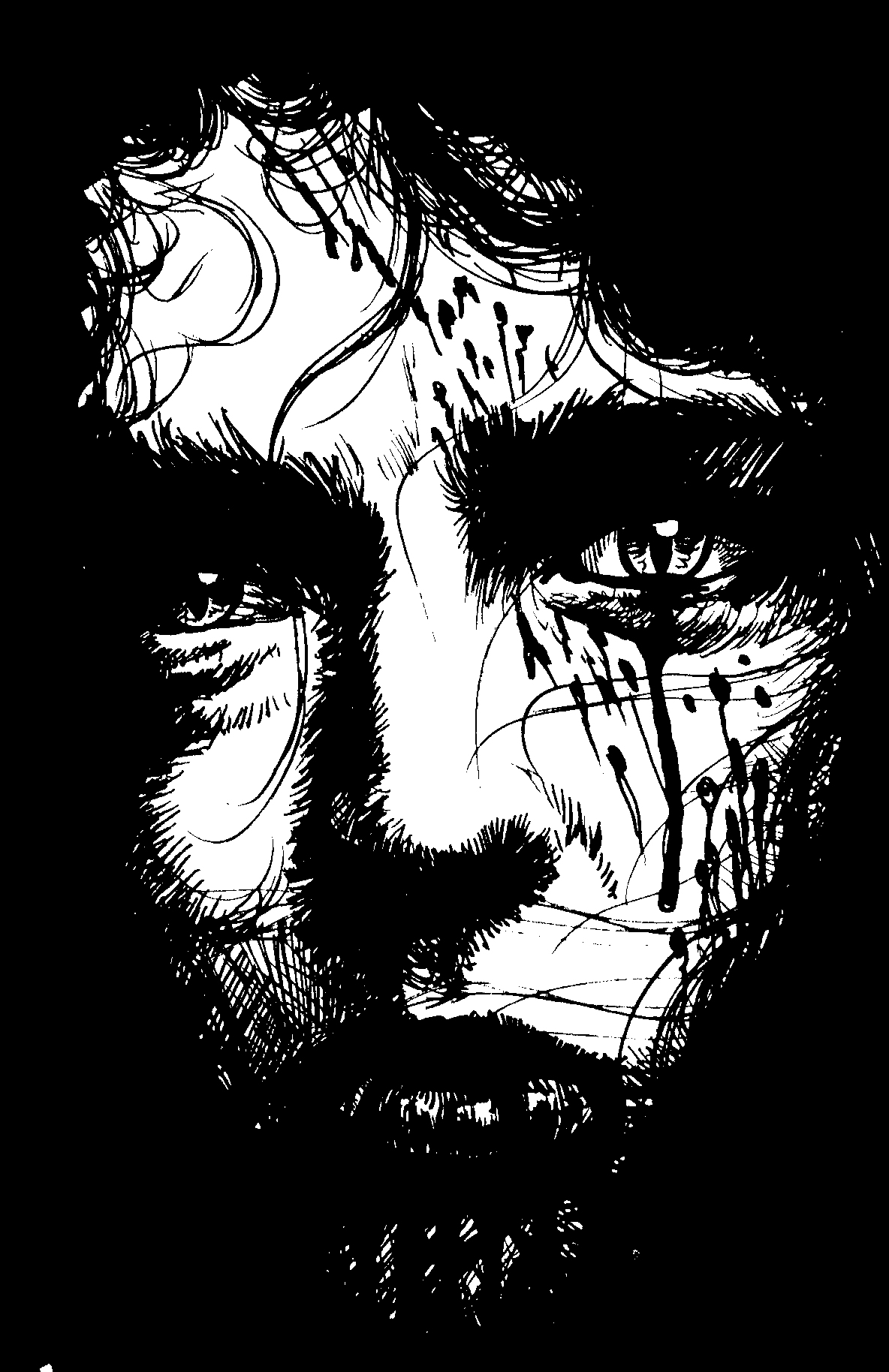 On the Wounded Mother
There are two fundamental forces in any living being. Perhaps they might be called Eros and Thanos; the instincts towards life and death. Both exist in a sort of tension, each tugging in opposite directions, and cancelling one another out until, eventually, the tension undoes them and the being dies.
When the death instinct becomes too strong, it overwhelms the life instinct. The being devours itself from within, becoming empty and soulless. Where once there was warmth and love and joy, now there's only a channel to the void between atoms and stars; a black hole that draws in and devours all it touches. A person so afflicted becomes infectious, drawing in all they touch to hollow them out too, until all is ashes and dust and only entropy remains. These hollow men stare at the external world with blank eyes, not even hating it, destroying it only because they lack the awareness not to do so.

This, though, is about the opposite problem. When the life instinct grows out of control, overwhelms the death instinct. Refuses to give in to ruin and extinction.
Where the personification of the death instinct is the empty void, an unthinking hunger that infects all it touches, the life instinct is aware. It forms a sort of gestalt consciousness, dimly inhabiting living beings. It calls itself the Wounded Mother.
The Wounded Mother is a squirming, writhing thing, struggling against entropy and decay. Furious with hope. For those in whom the life instinct stirs and flourishes, it has gifts.
Oh, its gifts hurt, because pain is what defines and preserves life. Death is numbness, life is painful and horrible. But the pain of these gifts will keep you alive if you welcome it in. Those who embrace it become its champions - the Wounded Daughters.


As soon as the conditions are met, the character dreams of the Wounded Mother when she next sleeps. The Wounded Mother's appearance varies. Maybe it's a rabbit. Maybe a human woman. Maybe a seagull. Maybe a child. Maybe a fox. Whatever the case, there's a huge gaping wound down its flank, oozing blood, viscera and muscles exposed. The potential daughter is invited to drink from the wound to accept its gifts.
If she does so, the daughter wakes up changed. She knows, instinctively, that she must survive at all costs, and how she must do so. Her mind is, forever, a constant barrage of fear and paranoia and underlying white-hot hope. Only survival matters, everything else exists for her only so long as it can serve that purpose.

Resilience of a Wounded Daughter
A wounded daughter has only one gift initially.
If she would die, if she can justify a way she might remain barely alive to the GM, she survives.
For example, if she's stabbed through the gut, runs out of HP, and would die, instead she's merely unconscious. Certainly, she's on the brink of death, severely wounded, and will need time to recover, but she's not quite dead yet. On the other hand, perhaps if she's burned to ashes, chewed up and swallowed, or squashed to a red smear, there's no coming back from that.
If an enemy thinks to make absolutely sure she's dead, then sufficient hacking will prevent her coming back. Effects that don't kill her, but render her helpless or useless, take effect normally. Her will to live doesn't prevent her from living on as, for example, a tree or somebody's mind-slave.

Costs Paid by a Wounded Daughter
Every time the wounded daughter would die but survives, she sacrifices something. Like a trapped rabbit gnawing off its leg to escape, something that was burdening her is discarded. Each time she survives thanks to her resilience, she accrues an xp 'debt' of 2,000 xp that must be earned and wasted before she can continue gaining levels. Furthermore, roll a d20 on the list below for what she sacrificed in order to live. If it's something she's already sacrificed, then there's no additional effect. Whatever vestige of humanity she abandoned, she was far gone enough that she didn't notice or care.

Gifts Accepted by a Wounded Daughter


Every time the wounded daughter survives otherwise-certain death, she accepts another gift of the Wounded Mother. For what she gains, roll a d20. If you roll a result she's already gained, take the next one down (loop back round to 1 if you go past 20).


Wounded Daughters have no formal organisation, being both rare and generally antisocial and nomadic. None-the-less, they tend to cooperate, recognising shared ideals and obstacles, and are far more likely to seek each other's company out than the company of those outside their sisterhood.
A Wounded Daughter instinctively recognises any other Daughter she meets, as well as any women with the potential to become Daughters like her. They innately understand one another as sisters.
Wounded Daughters can speak and communicate with one another regardless of language barriers, even if they've otherwise sacrificed the ability to speak, and can likewise leave simple messages for one another as scratched glyphs. Their communication is unsophisticated; concentrating on the here-and-now, potential dangers, visceral emotions and potentially the bonds between them.
If a Wounded Daughter ever kills (or tries to kill) another Daughter, she loses all of the Wounded Mother's gifts, immediately and permanently. Not her sacrifices, though, those stay.

The Wounded Daughters as a PC Class

If you want to use this as a class, rather than a sideways upgrade, here's how you do it: