On the Place Of Grim Subject Matter

Warning: this is gonna have some bleak stuff, and some stuff relating to sexual violence. In it, I talk about being the edgiest of edgelords, and also delve into some very personal stuff. This may sound worryingly close to storygames. Feel free to skip this one if it's not your cup of tea.

There was a broohaha lately involving a convention rpg one-shot which apparently involved all the PCs getting raped, which is perhaps not the most sensitive way to game with total strangers.
That's what prompted this post, but the ideas had been milling around in my head for a while. 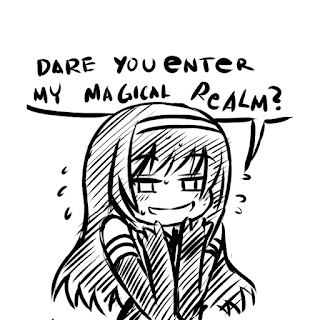 So. First up, let me tell you about Dr Choi, the pro-life campaigner's worst nightmare.
Dr Choi was a character I ran in a mixed-splat World of Darkness game a few years back. We were all servants of the Wyrm in some capacity; I played a Wyrm-tainted Changeling who worked for Pentex.
Pentex are (in the setting) a spiritually corrupt medical research company, known for their (deliberately) poor ethics and the spiritual taint their products spread, as well as their various bio-weapon related side-projects. Specifically, she worked in Embryology - the study of how embryos develop. Stem cells and all that jazz.


A few months into the game, the Black-spiral-dancer pack I was working with captured a pair (one male, one female) of enemy werewolves. My PC lobotomised them both with silver spikes (to keep them docile) and set about breeding my new test subjects.
This was the beginning of Dr Choi's descent into utter, unrepentant atrocity. All that horrible stuff you're imagining my PC did? I did that. I did worse.

People say that playing truly evil characters is dull because doing atrocities gets boring after the first time. Those people lack imagination.
(It remains a point of pride that the most fucked up PC I've ever played was for Changeling the fucking Dreaming, and that she managed to put the antics of the Tzimisce and BSDs to shame).

Dr Choi is perhaps the most extreme example of this sort of thing, and also somewhat atypical in that she was deliberately as grotesque and horrible as I could possibly make her. Everybody in that game was on-board with going full-throttle horrible and seeing just how dark we could take the world-of-darkness setting.
There are other examples, though, most of them rather more tasteful.

I play in a regular Vampire the Masquerade Larp where - among other things - rape, incest, psychological torture, child trafficking and other nastiness are explicitly on the cards. The game uses pretty careful tools to ensure that players are opting into the darkest stuff, and players who don't want to deal with it don't have to. But. I've dealt with some of the nasty shit in the game, and had a lot of... I wouldn't say fun, for all of it. But they've been experiences I'm glad I had. The game is dark and gothic and atmospheric and genuinely the best larp I've ever been to. It gets under your skin. It's fucking great.
Like, I cannot hype this game up enough. If Bex & Delia (or people who know them) read this, fuck, I can't thank them enough for the work they put in.

Shortly after I lost my Grandmother (who had been there for me in some really difficult times, gave me a place to stay when things were rough at home - of all my family, she was probably the one I was closest to) to Alzheimer's I played in a Changeling the Dreaming game.
Changeling deals strongly with loss of self; if your memories of your life as a changeling fade into the mundanity of mortal life, how do you respond? How do those watching it respond? How do you face forgetting with dignity?  I'd just watched my closest family member forget who she was and die from it. And then I'm playing a character who's in that situation herself, feeling herself slipping away, watching her reality recede bit by bit to be replaced by something far emptier, knowing that in a few months time she'd have people around her, and she'd not recognise them, and that would break her former friends' and lovers' hearts. So she said her goodbyes and killed herself while she was still herself.
I mean, it was super sad. I cried a bit after the game. But it was also really fucking cathartic. It let me work through a bunch of difficult complicated feelings I'd been trying to ignore.
Shit like this is why we, as a species, tell stories.

I'm about to start a VtM 5th Edition game. I'm not a fan of everything that system does, but the way it focuses on feeding and touchstones really zeroes in on the very personal aspects of the game. With the characters we've got set up, it's looking like domestic abuse is gonna be a thing that comes up. And I've got some history with that, that's left me with some emotional issues to work through, but the group are all people I trust and am comfortable with. I'm expecting it to get dark and intense and I'm really looking forward to it. 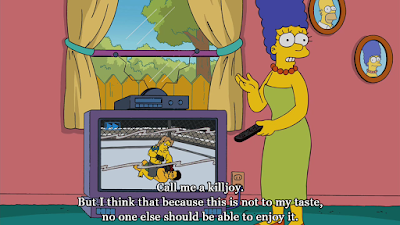 So, why am I talking about this?
Well. The old staple conversation of Rape In Tabletop RPGs has reared it's head.
On the one side, we have people arguing that you should always be able to rape to your heart's content in RPGs because, uh, free speech? And if a player can't hack that, they shouldn't be playing RPGs. Because, you know... on a certain political wing, Trigger Warnings (and their cousins in RPGs: lines and veils, etc) are a tool of the SJWs that threaten our precious western civilisation.
On the other side, we have people arguing that rape is never OK to put in your games. That old James Desborough article, tastefully named "In Defence Of Rape" gets trotted out and mocked, as does much of the LotFP back catalogue where things get unusually edgy.

Here's the thing: the games listed above - which are, really, only the tip of the iceberg - are some of the best, most intense, most rewarding experiences I've had with RPGs.
There absolutely is a space for this sort of thing in roleplaying, and attempts to erase it leave the artistic and emotional potential of the medium lessened and hollow.
Indeed, one of my favourite RPGs of all time - Monsterhearts by Avery Alder - is explicitly about messy teenage sexuality, and it can (if the relevant characters are in play and the relevant mechanics get triggered) get real bleak real fast. Its a game where sexuality can be predatory and weaponized and abusive. And, I mean, I've had some (minor) experiences with this sort of thing, but that doesn't get in the way; it gives me that much more context and emotional resonance to draw on.
There have been larp games which have brought me to floods of tears. There have been games where the NPC I played - bleeding and broken, lying twitching and whimpering and screaming - made the players feel ill. This shit can be powerful. The interactivity of the medium, the viscerality of it (particularly in larp, but also in ttrpgs) can make you feel things in ways that other mediums just can't.
I mean, fuck, I talk about WoD a lot in this post, but Death Love Doom is, imho, a fucking masterpiece for how it can get under your skin and really produce an uncomfortable horror experience in a genre (D&D) where that sort of thing doesn't normally go so well.

But, there's a flip side to this. Would I use a Changeling the Dreaming character to work through my grief with a bunch of strangers or casual acquaintances? Of course not. This stuff makes you emotionally vulnerable. It can be too much all in one go. I've had games where we go "ok, that scene was hardcore, let's pause, get some food, and step back from the game to chill" because that level of intensity's unsustainable in more than short bursts.
You gotta use safety mechanics. I'm not a huge fan of the x-card as the main solution to this stuff (I've said so at length here) but other ideas, such as Lines and Veils, and regular check-ins, and so on are vital if you're gonna create an atmosphere where people feel safe and comfortable delving into this stuff. And, indeed, if it all gets too much, you gotta stop the game, because people's emotions take priority over the game unless you're a fucking sociopath.
((Admitedly, I am perhaps not great at calling time-out for my own good sometimes. Like, physically, I've got injured in larp fights by not making the 'pause the game for health and safety' call when somebody was about to stand on my head. I've been hit in the face with the butt of a weapon, spat out a tooth, and kept on playing. I'm not great at self care. But fuck it, I'm having fun and I'm not dead yet.))
And, like, not everybody's gonna be up for this sort of thing all the time. I'm not! A lot of the time I just wanna be chill, throw some dice around, fight some skeletons. Some people are fragile, or don't have the same experiences to draw on, or are uncomfortable exposing themselves like that, or have really nasty memories or phobias, or just don't enjoy horror. That's cool.
I wouldn't have played most of the stuff listed above with total strangers, or with people I didn't trust to handle it well. Even among my IRL friends, there's plenty I wouldn't be happy playing a game like Monster-hearts with.

So what's my point? My point is that this sort of thing is powerful and can lead to some amazing experienes if you go all-in on it. But for it to work, you need a level of trust between everybody involved. Everybody needs to feel safe and to be buying into where the game is going.
Obviously, that can't happen if you spring this stuff on somebody by surprise.
Like the proportion of women that have been raped, sexually assaulted, abused in relationships, etc is pretty fucking high, and this isn't news to anybody with half a brain. But, like, the proportion of men who've had this shit happen to them is surprisingly high as well, and nobody fucking talks about it, which is its own problem. Which means that the chances are, even if you don't know about it, somebody in your group has probably had to deal with this shit irl.
If - and it's a big if - you want to do this sort of thing, you wanna find a group of friends you're comfortable being emotionally open with, and then work out which themes you want to explore. It doesn't have to be rape! You can get really fucking dark with parental abandonment, Alzheimer's, war, all sorts of shit... pick a topic that works for your group.
You can make a joke of it and be grotesque and outlandish - see Dr Choi, above - but that robs the experience of some of its horror and catharsis. Leaning into it, taking it seriously and getting immersed can be really rewarding.
Its not for you, but if you've been considering this sort of game and aren't sure, it gets my seal of approval. But, in the words of an immortal scholar*: The Bleak Horror Of Man's Inhumanity To Man is a Sometimes Food. Maybe play some Paranoia or whatever after to cleanse your palette.
*cookie monster


Unrelatedly, I've declared myself Evil High Priestess of the OSR. I now have a fancy hat, ominous robes, and a wobbly-bladed knife made of obsidian, and am keen to start ripping out hearts and offering them to Ungoliant.
IA IA! SHELOB F'TAGN!