In which I am a weeb

So, I've been watching Made in Abyss recently. As anime goes, it's one of the best I've seen, and incredibly OSR.
Here's some screenshots. 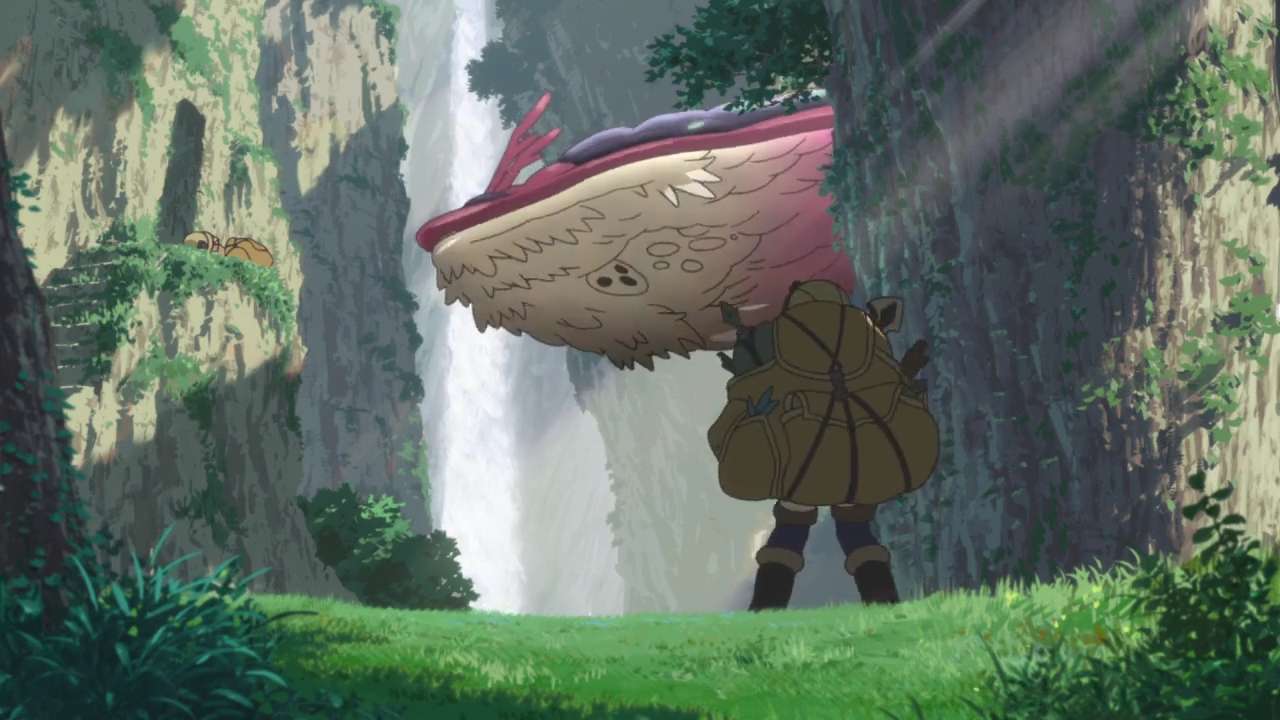 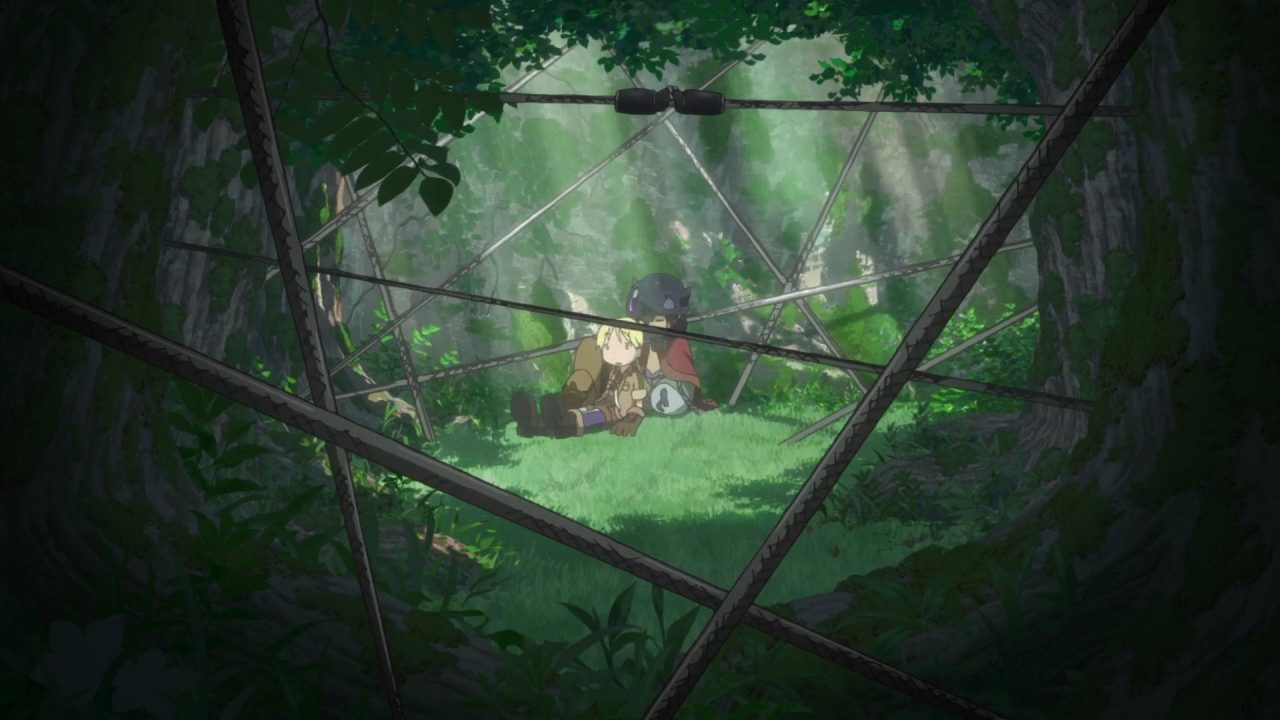 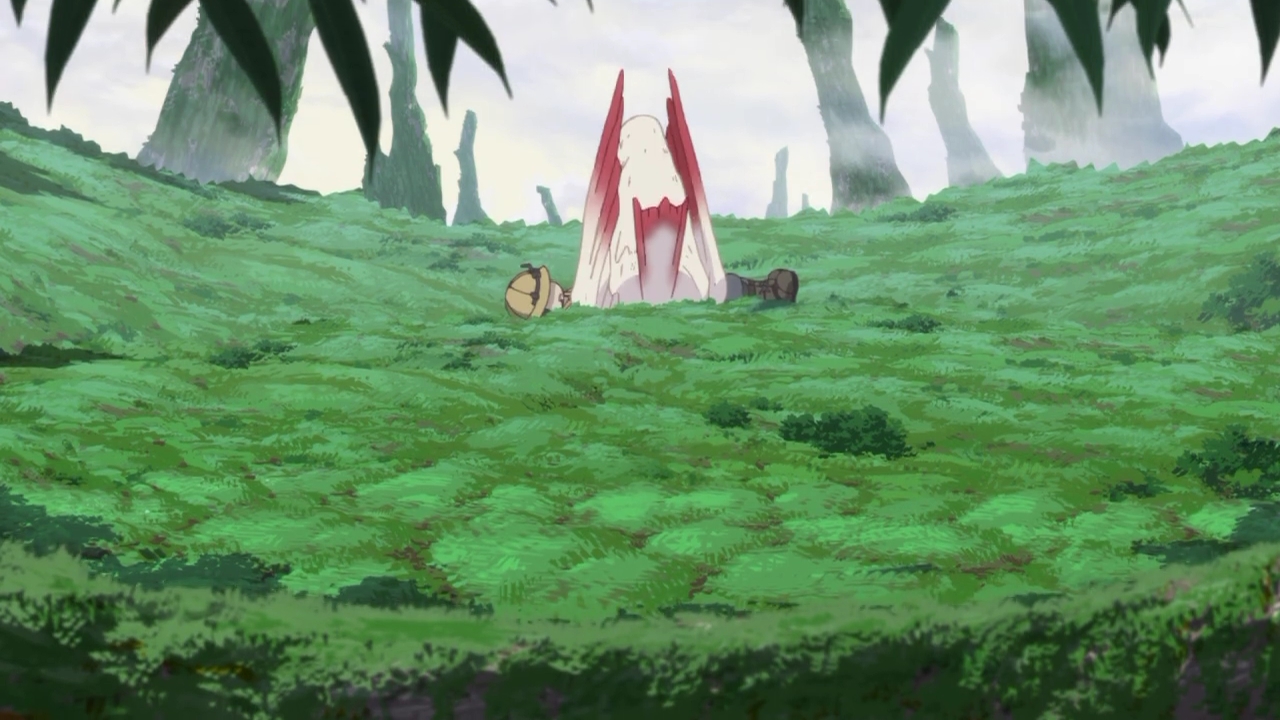 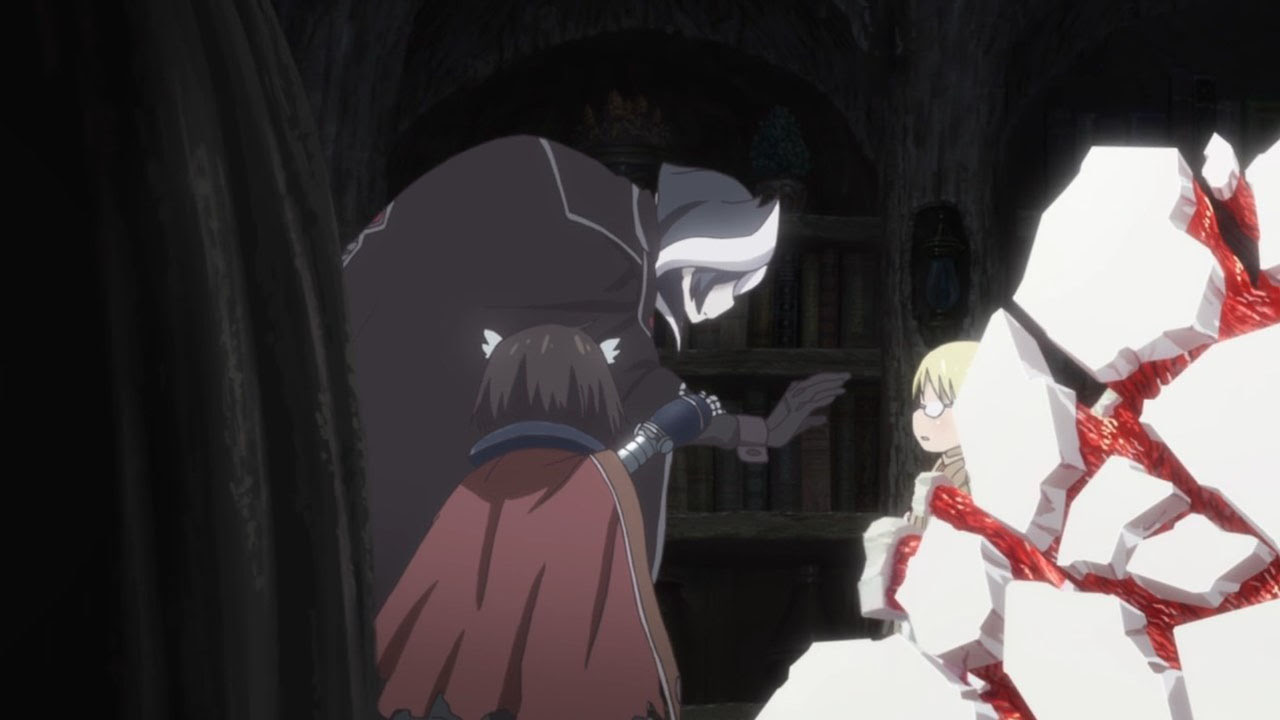 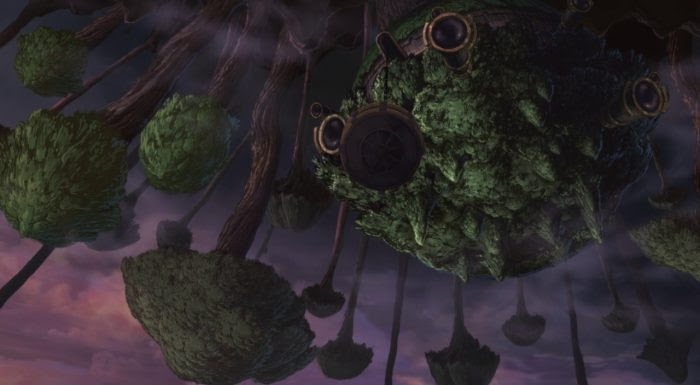 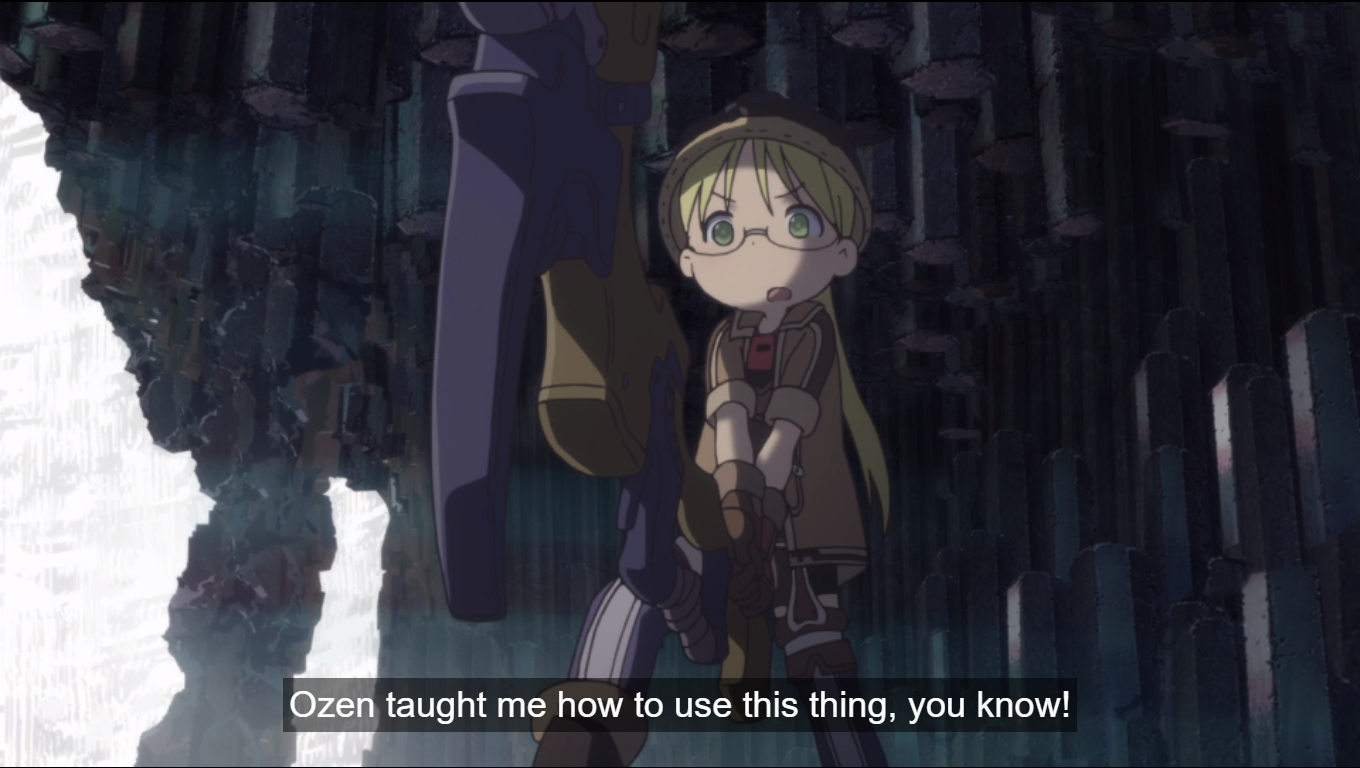 For those who haven't seen it, the plot can be summarized as this: a giant chasm exists with various progressively weirder and more dangerous environments the further down you go. It's also full of valuable treasure. A society exists of 'cave raiders' who live at the entrance, and go on missions into the abyss to explore it and bring back treasure. These cave raiders are divided into ranks (color-coded by the type of whistle they carry), with more experienced ranks being able to venture deeper into the abyss: the highest ranked 'white whistles' are all unique adventurer-celebrities, and hinted at being not properly human anymore. Oh, and while going down the abyss is easy, returning to the surface makes you sick, drives you mad, mutates you or even kills you. This is known as the 'curse of the abyss', and it's a genius bit of worldbuilding; after you've gone past a certain point, the only way is down.
Anyway, an orphan living at the abyss's entrance finds in quick succession a robot boy and a message from her mother saying that mum's waiting for her at the abysses's bottom. So, off her and her robot pal go on a quest to the abyss's bottom: ADVENTURE ensues, but is swiftly replaced by HORROR and PAIN. 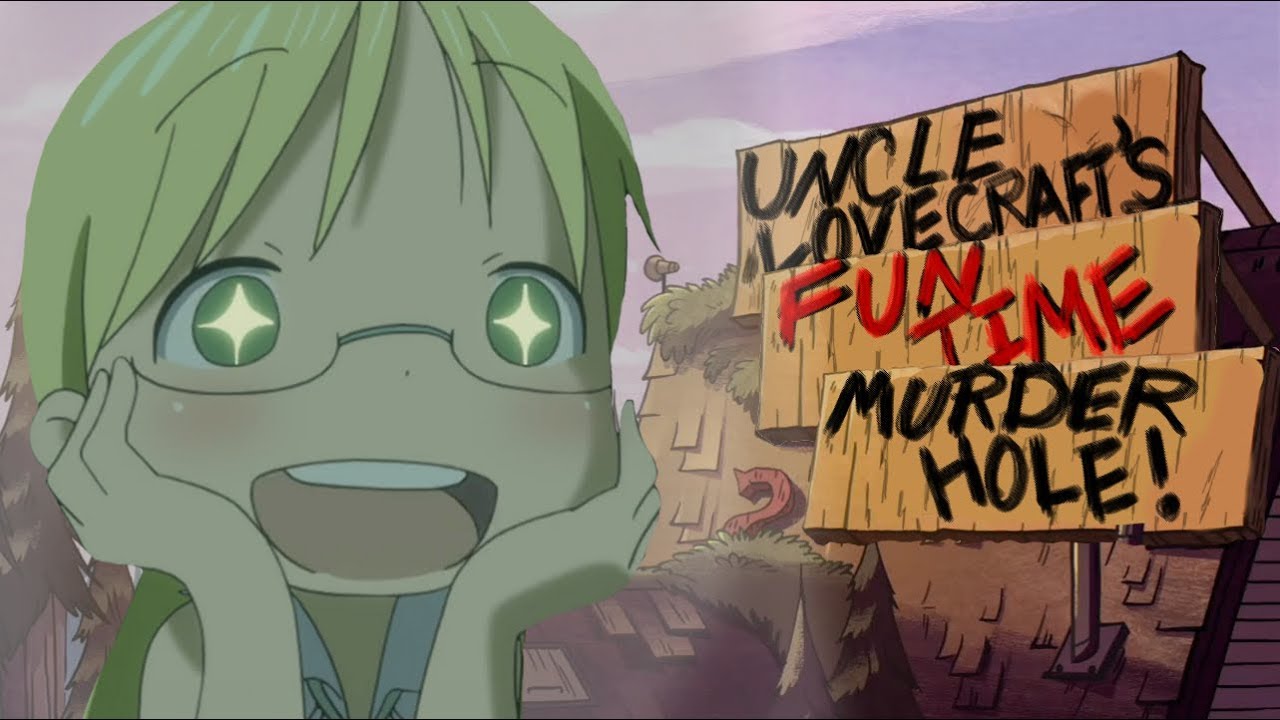 So, why am I talking about this? Well, firstly, if you like oldschool D&D, go watch this show, as it's packed full of interesting ideas that you can steal or adapt. Even just the 'you can go down, but you can't come back up again without pain' mechanism could make for very interesting adventures.
But also, it's got me thinking about game design. I genuinely think you could make a good OSR game set in this show's world.
How I'd do it:

I'm working on Esoteric Enterprises as a project right now, which is likely to be a while (several months) until it's done. But this is something I'm tempted to put on the backburner and start brainstorming ideas for: I think it's got real potential.

Seriously, watch the show, it's good.
Posted by Cavegirl at 20:09